How To Grow Cilantro From Seeds

Growing cilantro - or coriander as it is also called - is not rocket science.

In fact, cilantro grows itself. At least in my garden it does.

But before we get to the cilantro growing tips, let's sort out the confusion with the names:

Cilantro or Coriander? What is Cilantro?

Cilantro and coriander come of one and the same plant, a pretty annual herb with feathery leaves and large white umbrella flower heads. 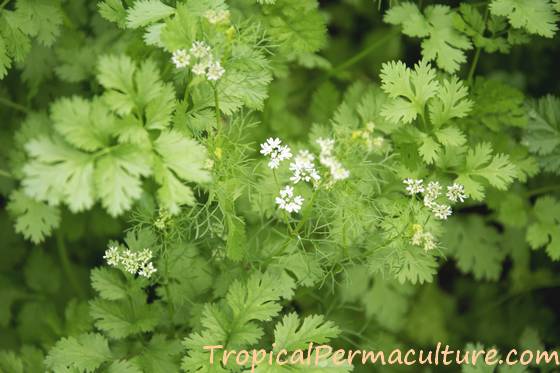 The name cilantro refers to the fresh leaf, also known as Chinese parsley. Coriander is the name for the seeds.

In some countries coriander is the only name used. "Coriander leaf" or "fresh coriander" is the same thing as cilantro. So is "Chinese parsley", another popular name for cilantro.

How To Grow Cilantro

To grow cilantro you need reasonable soil and you need to keep the plants well watered.

Always grow cilantro from seed, directly where you want it. Cilantro HATES being transplanted. The stress will likely cause it to go straight to seed and then it dies. And you never get any leaves at all!

Also, cilantro grows a big taproot, and those little seedling pots are not deep enough to accommodate it. Pre-growing cilantro in a pot isn't doing it any good.

Don't bother buying cilantro from a nursery in a pot. Just get the seed.

The standard directions are to sow cilantro about 1 cm (1/4 inch) deep, but there is no need to get scientific about it. Just cover the seeds and keep them moist.

You can plant cilantro in rows for easy harvesting or you can spread the seed over a wider area and rake it in. It depends how much seed you have available. (If you have lots of seed there is another way to grow cilantro and I'll tell you about it below.) 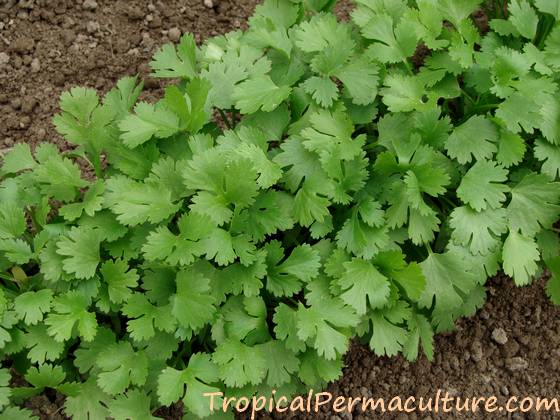 You want about 5 cm between plants if you grow cilantro for the leaf. They need more space if you grow them for seed, but you can always eat the extra plants and just leave a few to go to seed.

Cilantro seeds take about two to three weeks to germinate. If they come up too thickly, just pull up and eat the extras... 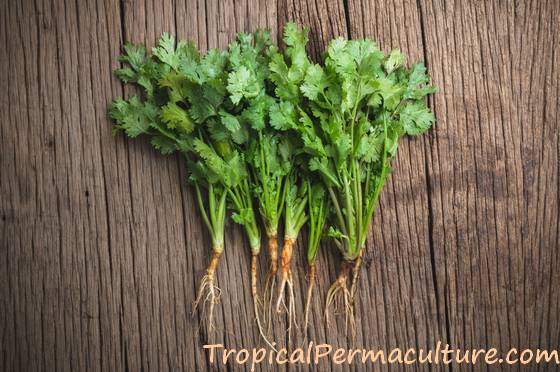 Yes, the best way to harvest surplus plants is to pull them up. (Provided you can do so without damaging the plants next to it.)
Cilantro grows a taproot that is packed with flavour. You will often see Asian soup stock recipes call for cilantro or coriander root, just like Europeans use parsley root in stock.

After you have eaten all your thinnings, harvest individual cilantro leaves from the base of the remaining plants. Just make sure the plant is big enough to cope and leave some leaves on it so it can continue to grow. 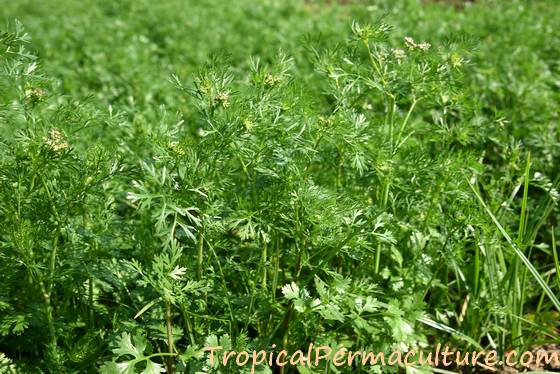 Sooner or later your cilantro plants will flower. The plants in the photo above are ready to do so.

Once they start developing that flower stalk they stop making more leaves. Therefore it is a good idea to re-sow cilantro every few weeks during the growing season. That way you never run out.

Some people also chop out the flower stalk as soon as it shows and manage to keep the plants going a bit longer. Or they harvest the whole cilantro plant once it shows signs of wanting to flower.

I don't do any of that and you should also leave at least some of the flowers alone. (On the next page - growing coriander seed - I will tell you why.)

The biggest problem when growing cilantro is that the plants are so sensitive to heat - and also to other stresses. Anything that stresses them will cause them to bolt, meaning they will grow a flower prematurely and set seed.

Select your site well. During the cooler times of the year - or in cooler climates - choose a spot in full sun. If you expect hot weather, give your cilantro plants some shade.

Make sure your cilantro plants never dry out. As always, mulch helps.

Many people underestimate the amount of water cilantro needs, because most herbs we know are so hardy. So water it well, but of course, make sure the soil drains well. Few plants like growing in a bog hole...

Apart from that cilantro has no special soil requirements. Rich, dark soil always produces the biggest, healthiest plants, but any reasonable soil with average nutrient levels should be fine. If you want to feed your plants extra, some dilute liquid fertilizer like fish emulsion never goes astray.

One more thing: cilantro plants do not like humidity. In my climate they will bolt to seed from the heat before humidity becomes a problem, but your climate may be different. Always grow cilantro where the air can circulate freely.

I said above that cilantro grows itself. That's exactly what it does: it self seeds. I have cilantro growing everywhere in my permaculture garden.

When it warms up towards the wet season the cilantro goes to seed. Although I always go around and harvest the dry flower heads, there are still many seeds that fall on the ground. 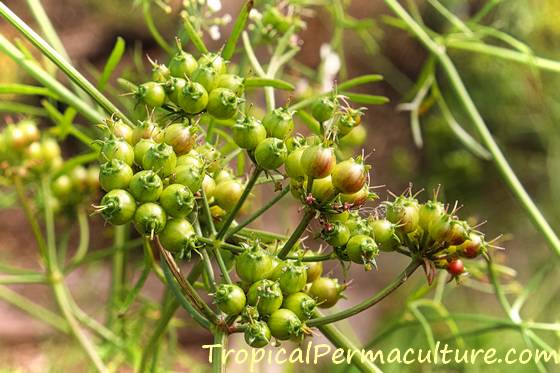 The fabulous thing about the coriander seeds is that they don't rot over the wet season like the seeds of many other annuals do. Coriander seeds just site there, through the heat, the torrential downpours, months of steamy soggy weather, and they wait.

They wait until the next dry season comes around. And as soon as you get the first crisp nights, new cilantro plants pop up all over your garden!

In the early days I was still growing cilantro in rows near the kitchen door. But these days I don't bother. During the dry season there is a lot more cilantro growing in my garden than I could eat, and that's although I LOVE fresh coriander leaf.

And for those readers who do not live in the tropics: as long as your winters are mild, this method will still work for you. Grow cilantro during summer. It will self seed, wait for the very cold weather to pass, and come back in spring.

Everybody else needs to harvest the coriander seeds and replant at the beginning of the next growing season.

Next: Growing Coriander - the importance of cilantro flowers in a permaculture garden and collecting the coriander seed.