...And Growing Vegetables In The Tropics

Growing tropical vegetables is the easiest recipe for success when trying to grow vegetables in the tropics.
Seems obvious, doesn't it?

But I had to learn that the hard way. When I first moved from Europe to tropical northern Australia I tried to grow all the things I knew in the way I knew. 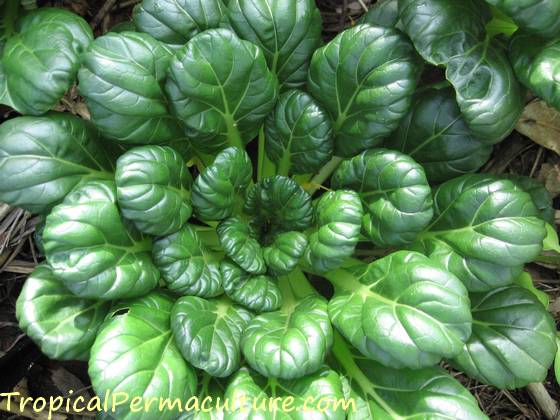 The tropical vegetable tatsoi. The delicious salad green can also be used in cooking.


I tried to grow English spinach and cauliflowers, and continental cucumbers and hearting lettuces...

And everything bolted to seed or was devoured by bugs or simply rotted from the roots or the centre!

One reader facing a similar predicament wrote, "Do you find summer insect attack lessens after the soil improves, or is it just the way things are?"

There will always be more insects in a tropical climate than in a cool climate, that's for sure! But in a balanced environment there will be more beneficial insects or "good bugs", too.

Better soil certainly does make your vegetables less susceptible to insects and diseases. Happy plants don't get sick and don't attract as many pests. But that's not the whole story.

Some plants, like cauliflowers or lettuce for example, they just don't like heat. Most Mediterranean plants including tomatoes, they can't stand humidity.

If it's too hot or too humid for them then plants stress. And if they stress they attract bugs, just like people attract colds and flus when they are stressed out and run down.

Insects can smell the stress. Really. Stressed plants do emit substances the insects can detect.

The bugs are a symptom, not the core of the problem, and good soil can only do so much. It means the plants will withstand the heat a bit longer, but sooner or later the heat will get to them...

So you can support your vegetables with a combination of good, deep soil, regular moisture and planting them in the right position. Forget what your English gardening book preaches about full sun. Plan ahead so that once it gets hot there will be something shading the more sensitive plants.

But the best thing to do during hot weather is to grow tropical vegetables. Grow vegetables that like heat! You won't find an eggplant troubled by bugs just because it gets hot. (Unfortunately I can't stand eggplant.)

That's what permaculture is about, working with nature, not against it. Trying to grow unsuitable plants makes life unnecessarily difficult. Growing tropical vegetable varieties instead makes life easy. 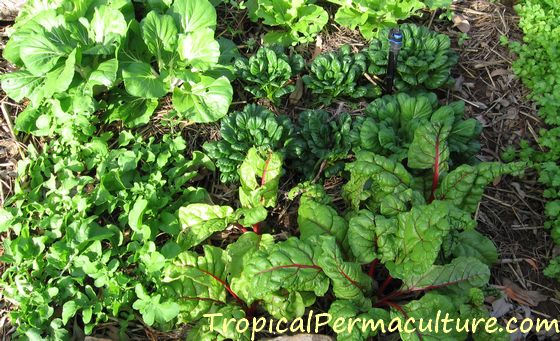 Arugula/rocket, Chinese cabbages, chard/silverbeet, tatsoi, and some cilantro on the far right. 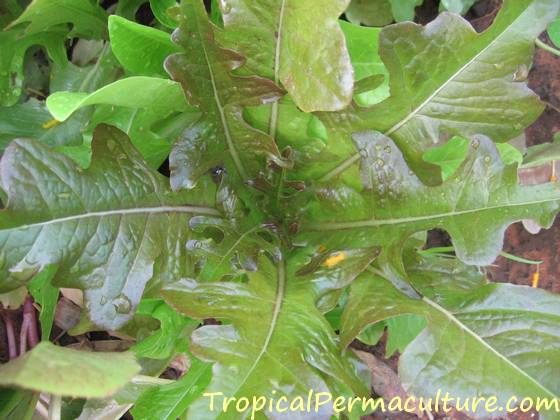 Oak leaf lettuce is better suited to the tropics. 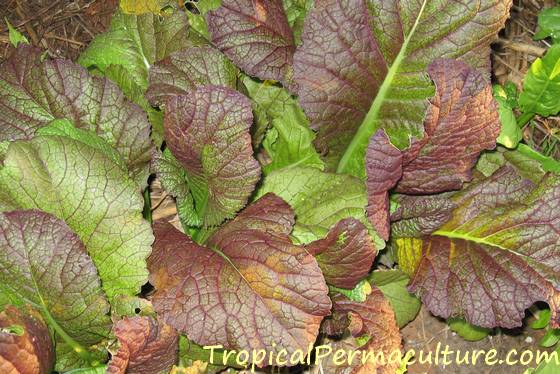 I hope this gives you some ideas and inspiration. Now that I work with my climate rather than against it, I find growing tropical vegetable gardens much easier than growing anything in Europe. In the tropics I can grow all the vegetables I need, all year round.

Sure, there are things I miss and still buy (Garlic! And Lindt chocolate.) But mostly I have adapted my cooking and diet to where I live. Growing tropical vegetables makes sense and it makes the tropical gardeners life easy.

I can still grow, cook and eat many of my European favourites during winter. And during summer there will be more of the wonderful exotic and Asian dishes on the menu. 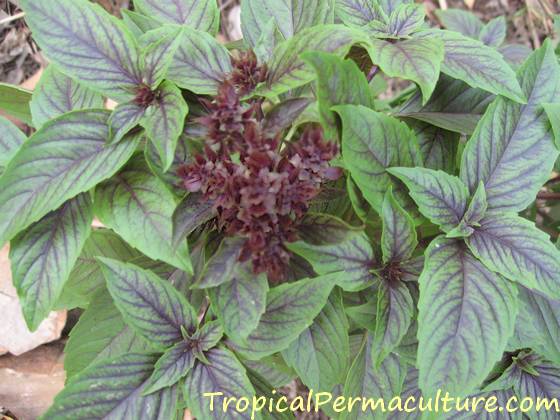 Thai basil goes well with your tropical vegetables, both in the garden and in the kitchen.